Bollywood actor Arjun Rampal is ready with his new vintage look for his upcoming movie ‘Roy’. In the movie Arjun will be seen playing the role of a movie maker named Kabir.

Bollywood actor Arjun Rampal is feel to have added something new to his look of the movie, a glasses and vintage hat to take the beauty of the old world charm in a synchronous set up. Arjun is a good looking actor is well known for his tough and rugged appearance.

A source says, "Arjun was quite into his character for Roy for more than the obvious reasons. Being a lover for writing, he spends quite a bit of his off time penning down various pieces - story ideas, poetry, articles, opinion pieces and even scripts. And when he is in writer mode, he puts on his thinking cap - literally." 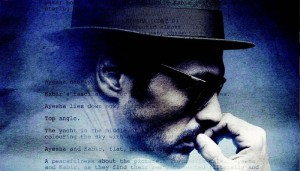 The source further adds, "Arjun Rampal has a specific hat he wears whilst writing as he believes it inspires his writing further. For Roy too, he decided to extend the same belief for the look of his character. Being someone who enjoys the magic of the old world, he added his own pair of glasses and a hat that he had bought himself from an exclusive vintage store in New York two years ago. He in fact even suggested having his character put down his thoughts via the pitter patter of the typewriter rather than on the laptop to add to the vintage charm."

Dimpy And Puneet, Refrained to Make it to the Bigg Boss 8 Finale!