Arjun Kapoor and Shraddha Kapoor starring in Chetan Bhagat's next flix Half Girlfriend.

From the picture, you can see it clearly how Shraddha Kapoor and Arjun are enjoying the dance – raita in desi style. 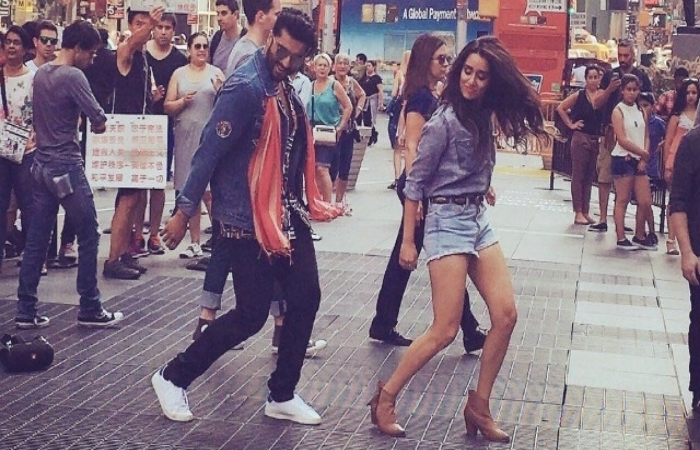 Half Girlfriend, the movie is directed by Mohit Suri, the move is a story based on Chetan Bhagat novel with the same name which the protagonist Arjun Kapoor as Madhav works at the United Nations and runs on the streets of NYC to find his lady love Ria Somani (played by Shraddha).

The 31-year-old actor Arjun Kapoor recently post a pic of himself dancing along with gorgeous and talented actress Shraddha Kapoor on Times Square in desi style and captioned it as “Let's phelao raita” !!!

It is for the first time in Bollywood – Half girlfriend is the first movie to Shot in UN.

Shraddha Kapoor looks very hot and sexy dancing with Arjun Kapoor both the stars looks as if they are the enjoying dancing on Time square. Shraddha wore sexy denim shorts and Arjun spotted with typical Bollywood Style with expressions.

The movie also features Rhea Chakraborty, Seema Biswas, and Vikrant Massey and is all set to release on May 19.

After poster, it is first pictures we saw regarding the film. We are much excited for more updates from the movie Half Girlfriend and to see UN.