The Bollywood actor Arjun Kapoor has got a new haircut and unveiled his new shorter Mohawk hairstyle pictures of his personal Instagram account. Currently the 29 year old actor is not working on any movies that’s why he decided to get a new look.

Arjun Kapoor hairstyle has a new surprise for his fans because it perfectly suits the personality of the actor. Recently the 2 State actors, Arjun has shared 2 photos along with caption ‘change is the only constant’ & ‘the long and short of it’.

Arjun Kapoor has Cut All his Curls to Look Different 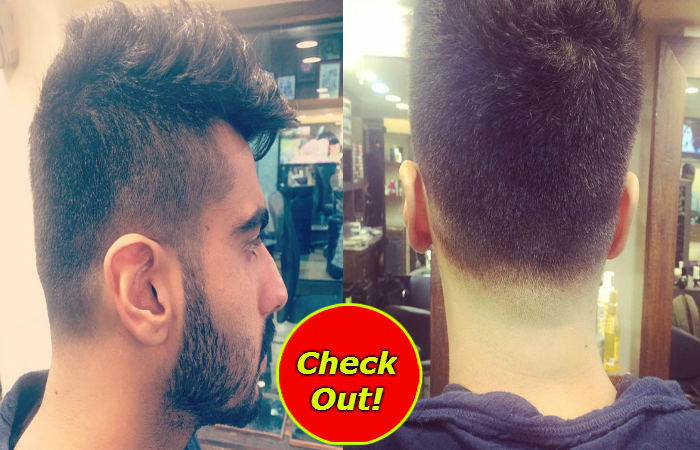 Arjun Kapoor changes his hairstyles according to his moods, earlier he opts for a messy grown hair and beard and now he has cut all his curls and get a different hairstyle. Currently Arjun Kapoor hairstyle has become the talk of the town.

The long and short of it...

Get more updates about Arjun Kapoor from Bollywood News.