The bubbly actress of Bollywood, Parineeti Chopra is fenced in by the media these days. The reason behind this is not her movies and linkups, but a tweet done by her. Recently this actress took a blogging site Twitter and revealed that Arjun Kapoor Is Her World.

Arjun Kapoor Has Changed the Life of Parineeti Chopra

When 26 year old Pari started the live chat session with the fans, she was showered with lots of questions. At the same time Arjun Kapoor was also took the twitter and asked her to tell the fans on how Tevar actor changed her life.

Arjun Kapoor Tweeted; “Hello excuse me madam @ParineetiChopra please tell the world how I have changed ur life...u can chat later...this news is very important,”

"@arjunk26 baba you ARE my world, it changed the moment YOU chose me for Ishaqzaade. Tumhi ho bandhu, sakhaa tumhi #Parineeti5Million," Pari Reply.

This was the actress replied after Arjun’s asked question. It seems like Arjun Kapoor supported Parineeti a lot in making her career and bringing her in lime light. But this answer surely made Arjun Blush. 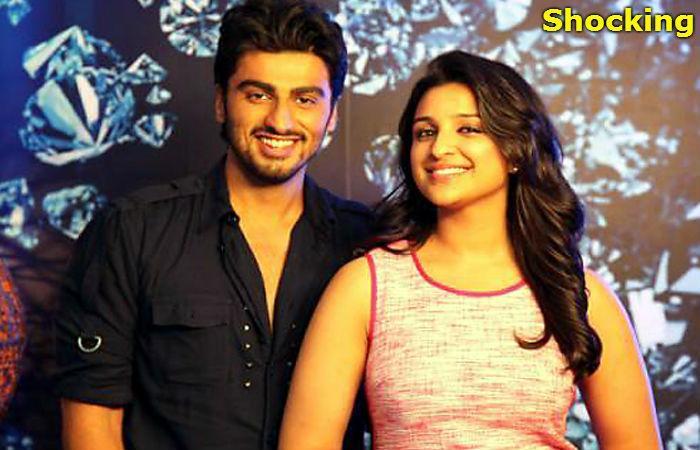 Parineeti Chopra has started her Bollywood career with Ladies Vs Ricky Bahl Movie(2011). After that she consequently gave powerpack performances in movies like Shuddh Desi Romance and Hasee Toh Phasee.

She shared the space with Arjun Kapoor in Yash Raj's film Ishaqzaade in 2012. The audience has loved this duo for their wonderful performance in the film.

Kangana Jokes About Her Upcoming Movie ‘I Love NY’