We all are aware about the reactions which were given after the world cup 2016. A lot has been said and written about the two Virat Kohli and Anushka Sharma's relationship. But the fans were quite surprised when the two was captured during a dinner last week. The couple after their breakup in February first time seen spotted together
We are glad to know that <a style="color: #800000;" href="https://www.nyoozflix.com/anushka-on-vogue-cover-may-2016-issue/" target="_blank"rel="nofollow">Anushka Sharma and Virat Kohli finally patched. Both have listened a lot. Despite of patched up both have decided not to talk about each other in public, not to make any public appearance together. They decided to keep their relationship really private. Let's see the reunion between the couple.

Virat Kohli and Anushka Sharma Finally Back Together 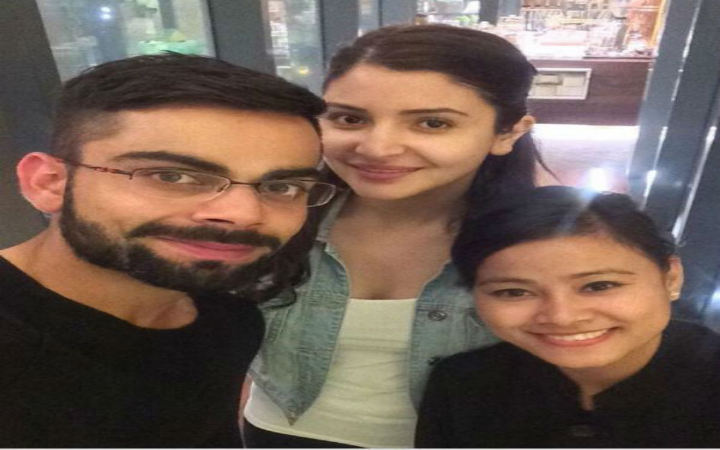 The couple listens a lot during the world cup. Anushka Sharma joined Virat recently in IPL match. Both have decided not to take their relationship public.The Indian cricketer Virat Kohli recently said pointing Anushka, that those how blame Anushka about this negative performance in cricket career will should feel ashamed.

A source reveled
“There will be fewer public appearances now as Virat doesn’t want her to face the flak for his performance on field. Earlier, the cricketer would profess his love publicly on social media, but this time around they have decided to keep their relationship out of the public glare because too much was being said about them.”
However, This Picture make you feel happy seeing this reunion. Let’s see will Anuskha come to cheer Virat for IPL Final.