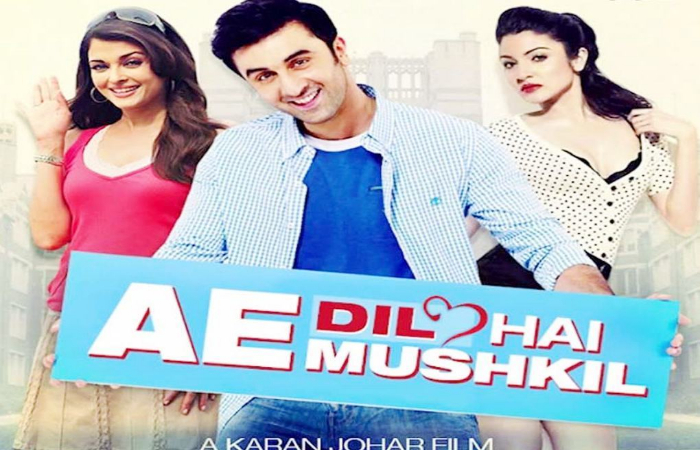 The film is the complete gossip masala for the audience and is a most awaited film of the year.

The film features two most beautiful divas of B- Town the bankable actress Aishwarya Rai Bachchan and Anushka Sharma.

Also Read: These 6 things will surprise you in ADHD’s Next Track Bulleya

From the source, we got update Ranbir Kapoor and Anushka Sharma were seen revising Shahrukh Khan and Kajol iconic pose from the most loved film ‘Kuch Kuch Hota Hai’

The film is a complete romantic drama featuring four actors as leads. After watching the trailer of the film seems very interesting with hidden love facts. Look Aishwarya Rai Bachchan the diva transformed her completely into a young girl as she looks damn gorgeous in the film.

ADHM - Love can be complicated and still empowering!!!

Wait for the film to release till then enjoy the first track from the film #Bulleya the #sufilove track from ADHM featuring Aishwarya Rai Bachchan and Ranbir Kapoor.

10 Outfits That Proved Kareena Is Still A Fashionista In Bollywood