Karan Johar’s new directorial Ae Dil Hai Mushkil has left everyone excited. Fans are eagerly waiting for the movie to go on the floors. But before the release date, the makers are frequently releasing the tracks and exciting stills featuring Anushka and Ranbir Kapoor in one frame.

The title track of the song is still continuing its views on youtube and Arijit Singh’s voice in the track is really commendable.

But have you seen this new still of Anushka and Ranbir romancing like in the 80’s? Exactly the scene is reminding us movie Chandni, starring Sridevi and Rishi Kapoor. Nope! But the song is not the same. Same background, similar outfits and similar poses…What do you guys think is this new version of Tere Mere Hoton Pe…? 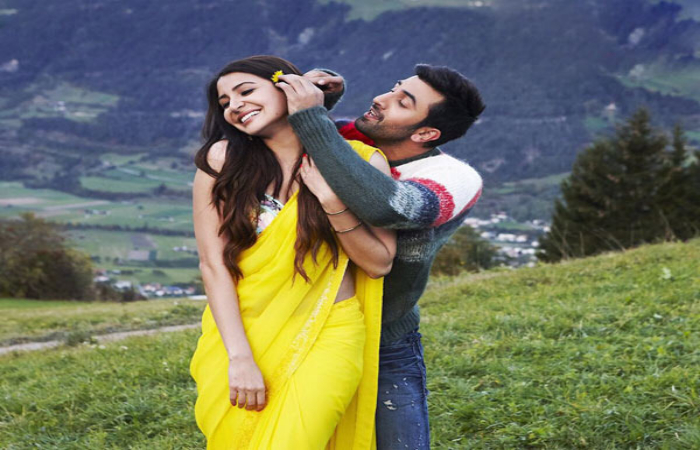 The story of Ae Dil Hai Mushkil is somewhat similar to our daily Bollywood films. You will see the same storyline that revolves around friendships, heartbreak up and one sided love…

Apart from Anushka and Ranbir Kapoor, Fawad Khan is also the reason to watch the film. Bollywood king Khan SRK is also the part of ADHD.

Waiting to see Aishwarya Rai Bachchan’s flawless beauty on big screen. The movie will clash with Ajay Devgn’s Shivaay and is slated to release on 28th October 2016.