Of late, we saw a quirky and racy Fifi song from Anushka Sharma and Ranbir Kapoor’s much anticipated film Bombay Velvet. Now the makers of the film are geared up to unveil another song from the film titled ‘Mohabbat Buri Bimari’.

Seeing Anushka Sharma’s ‘Fifi, it could be presumed that all the Bombay Velvet songs would be nothing short than striking and engaging. Following the league, the fresh look of the new yet to be released song, gives out the sense that it would surely be another striking vintage melody. Yet again, Anushka is looking breathtaking in the first look of the song, whereas Ranbir appears dashing as Johnny Balraj. 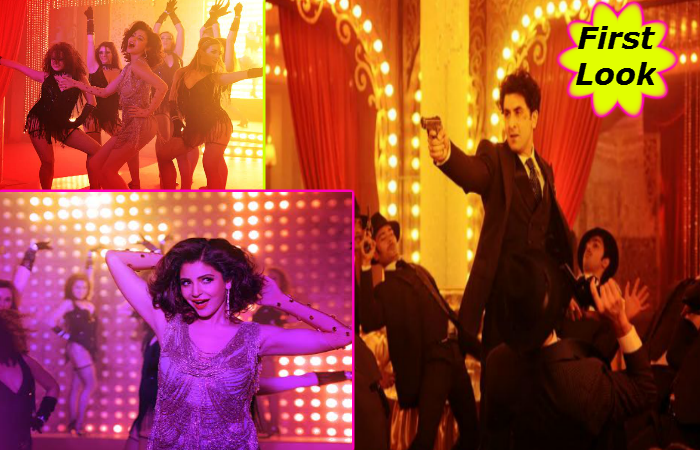 Depicting the character of Jazz singer Rosie, Anushka is looking saucy and zesty amid the glittery background. Directed by Anurag Kashuyap, Bombay Velvet would release on May 12, 2015.