Anil Kapoor and actress Amrita Singh has done 3 films together. The stars are once again pairing up together for Annes Bazmee’s upcoming directorial Mubarakan.

After Thikana in 1987 the stars Anil Kapoor and Amrita Singh are teaming together. We are all excited to watch Arjun Kapoor romancing Ileana D’ Cruz and Athiya Shetty but Anil Kapoor is very much scared  of working together with Amrita Singh. 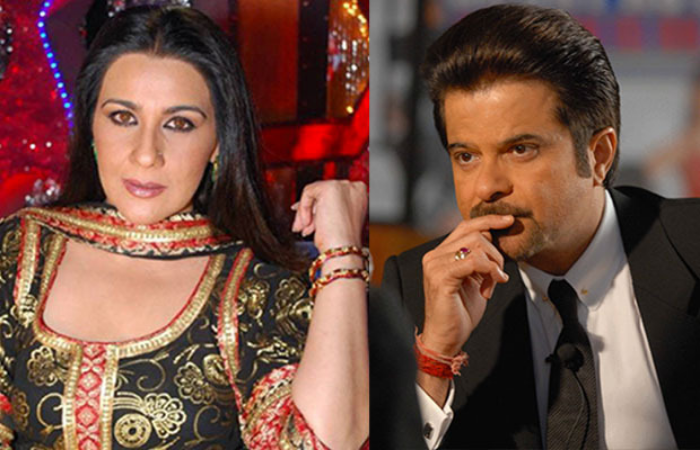 Amrita will open up All My Secrets to Arjun – Anil Kapoor

“If you truly ask me, I am scared of working with Amrita. She knows many secrets of mine and is extremely honest and moohfat (forthright). I am petrified of her because I feel that once we start shooting, she will come and expose all my secrets! Mere bhanje Arjun (Kapoor) ke saamne meri puri pol khol degi Amrita.”

When asked how different your personalities are. He opened up –

“I guess that’s the reason we got along so well. Don’t they say opposites become friends? Each and every day, working with her was entertaining and lots of fun. She is great fun to be on the sets. I remember that her mother Rukhsana Sultana (a political activist and a renowned socialite) was very fond of me. She is no more, may her soul rest in peace.”

Arjun Kapoor has already invited his fans to watch Mubarakan . It would be amazing to see Anil and Arjun Kapoor sharing the screen space. The release date of the flick is scheduled to be 28th July 2017.

The film is a romantic comedy; we are eagerly waiting to see actors romancing on silver screens.

Wait Over! MunnaBhai 3 to Have A Kick Start Next year

7 Shocking Bollywood Celebrities Who Married Before Their 20s