Previously Ranbir Kapoor was selected for playing the character of Sanjay Dutt in his biopic. Now the makers of the film are closer to the final casting decisions of the film and according to the sources, Bollywood mega star Amitabh Bachchan is finalized for portraying the role of Sanjay Dutt’s father. Selecting Big B was apparently the mutual decision of both, director Raj Kumar Hirani and Sanjay Dutt.

A source was close to Sanjay Dutt, reportedly quoted that he considered Abhishek Bachchan for his younger brother’s role and Big B as his father for the biopic.

Big B, the First Choices of Hirani As Well As Sanjay Dutt

A further friend of Sanjay was also in favor of him, According to him, Amitabh Bachchan is best suited for the role of Sanjay’s father, and there is no alternate of Big B in the Bollywood industry.

You may also like: Checkout: Ranbir to Add Extra Kilos For Biopic Of Sanjay Dutt 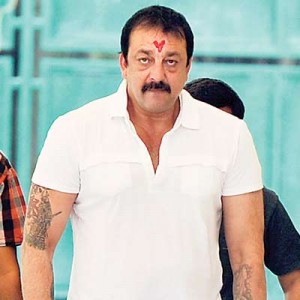 If all everything would fall according to the plan, then this will be Hirani’s first film with megastar Amitabh Bachchan. So, stay tuned to get the further details of this upcoming Bollywood movie.

Get more updates about Ranbir Kapoor from Bollywood news.