After releasing the teaser of the upcoming Bollywood movie Piku, now the first Piku poster is revealed by the makers. The comedy drama flick is slated to hit theaters on 8th May 2015.

The official Piku movie poster features the superstar Amitabh Bachchan standing on a potty chair and both actors Deepika Padukone & Irrfan Khan look confused. It looks like the tagline of the movie 'Motion Se Hi Emotion' gives rise to inquisitiveness about the story line of comedy movie.

The plot of the movie is basically based on a beautiful relationship of father and daughter played by Big B Amitabh and Deepika Padukone.

You may also like: Uncovered: Amitabh Bachchan Starrer Piku Teaser

The second Piku poster features the actress Deepika is standing with a tray full of fruits and medicines of his father Amitabh Bachchan. The actor Irrfan Khan is holding an SUV on his head while Big B looks adorable sitting on a suitcase & giving that funny expression. 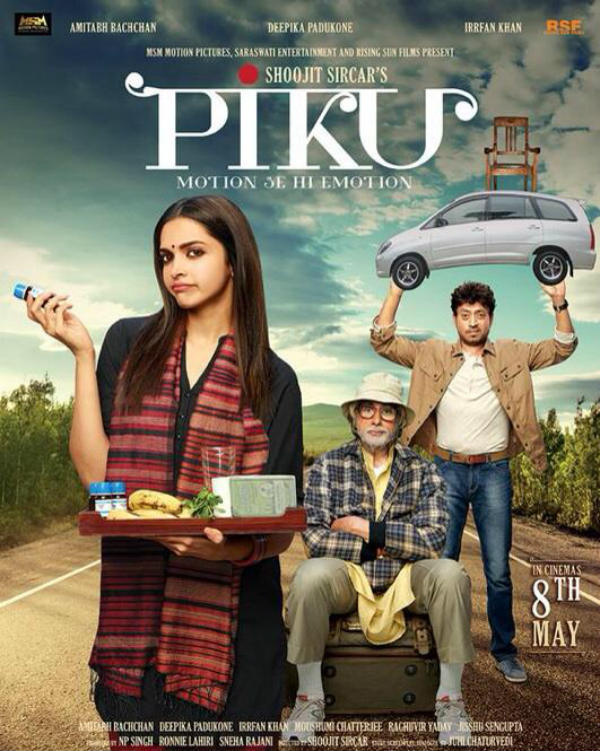 Well to see Piku movie poster it is assumed that the forthcoming movie will be super entertaining. 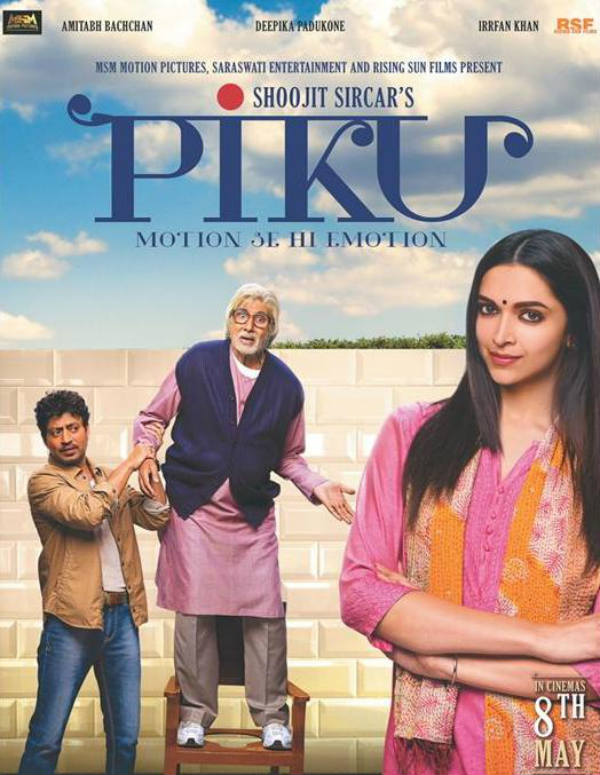 Get more updates about ‘Piku’ movie from Bollywood News.

Diya aur Baati Hum: Sandhya Finally Gives Away One of Her Baby!