With barely two years of experience in Bollywood industry, Amaal Mallik has composed the entire album of M.S. Dhoni- The Untold Story and this is his first solo album.

The previous year Amaal Mallik took away all the awards for his song ‘Sooraj Dooba Hai’. The 25 year old man has been even major hitter this year with songs like ‘Kar Gayi Chull’, ‘Buddhu Sa Mann’, ‘Soch Na Sake’, ‘Bol Do Na Zara’, ‘Sanam Re’ songs, ‘Salamat’ and ‘Kuch To Hai’. 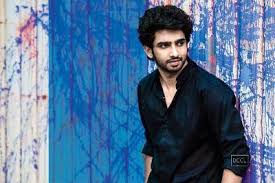 Amaal Mallik’s next hit might be his first entire solo album with the greatest biopic of the year M.S. Dhoni- The Untold Story.  Initially, he was not given the entire album. It was decided after the composition of ‘Besabriya’.

"Initially, I didn't know how many songs I would be doing in this movie. So, I composed as many as 27. When filmmaker Neeraj Pandey heard 'Besabriya', it made him believe that I could compose the entire soundtrack. I felt honoured as it is a prestigious film."

Amaal and team have worked for 6 hours daily for 3 months composing tracks for the film. He also says that this time his compositions are different from the rest of his works.

"The album's sound is commercial yet inspirational."

His favourite track from the film is ‘Jab Tak’

"It is the only song that has a different melodic structure and was tough to crack — a romantic number from Dhoni's point of view. He is not a Bollywood hero but a cricketer, so, we worked on it accordingly. The song has old-school writing but the production arrangement is contemporary where orchestra meets lounge."

The entire lyrics for the album are penned by Manoj Muntashir.

Recommended: Revealed! This is What Sushant Singh has To Say About MS Dhoni

You will surely love these songs. Let us know your personal favourite.

I would Love If Aamir Khan will play the lead role, Sanjeev Kapoor Said?