Allu Arjun, the much-famed Telugu star is celebrating his 33rd birthday today! Moreover, as a gift to all his fans, he has lost his twitter virginity (LOL). Well we mean the actor has finally joined twitter.

Along with creating his twitter handle, he also posted a video, which is much as of a commercial, in which he is illuminating what he is going to do on his twitter handle. In the cool video, he has mentioned that on his Allu Arjun twitter account he would share some of his thoughts, some of his photos and yes of course keep his fans updated about his movies! 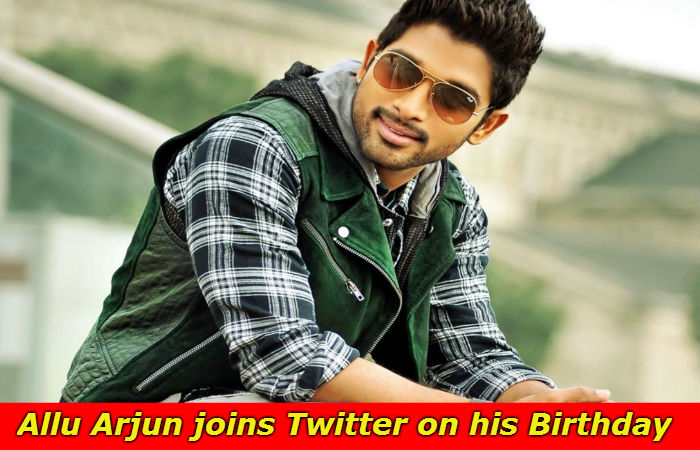 You may also like: France on the Cards in May for Katrina Kaif and Ranbir Kapoor!

Well if you are a fan of the ‘S/O Satyamurthy’ actor and would wish to connect with your star or keep posted about Allu Arjun upcoming movies then don’t wait and start following him!