Alia Bhatt with her ace acting and deadly looks conquered the heart of young boys!

The actress showed her talent as a child artist in ‘Sangharsh’ and later made her adult debut with Varun Dhawan and Sidharth Malhotra in most outstanding movie Student of the Year as shanaya. Alia soon became the most wanted heroines in industry. Later with her another masterpiece Highway.

Alia Bhatt turned as the cover face for Stardust Magazine. She looks so beautiful in a pink and white striped off-shoulder top. She adorned with very little makeup and simple open hairdo holding her expression that steel your heart.

Alia Bhatt Pictures From The Insights of Stardust Magazine 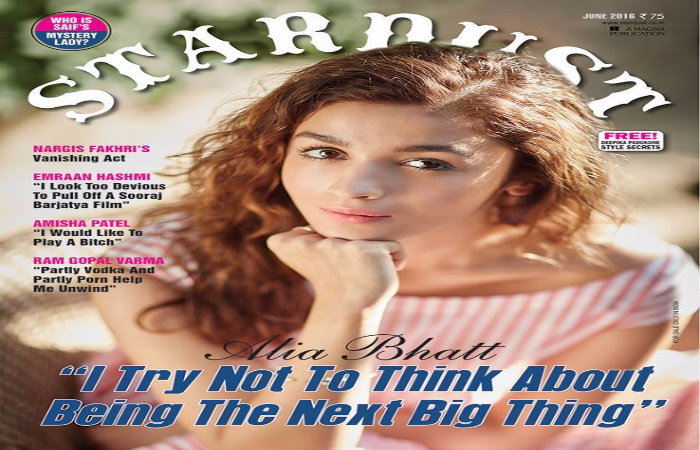 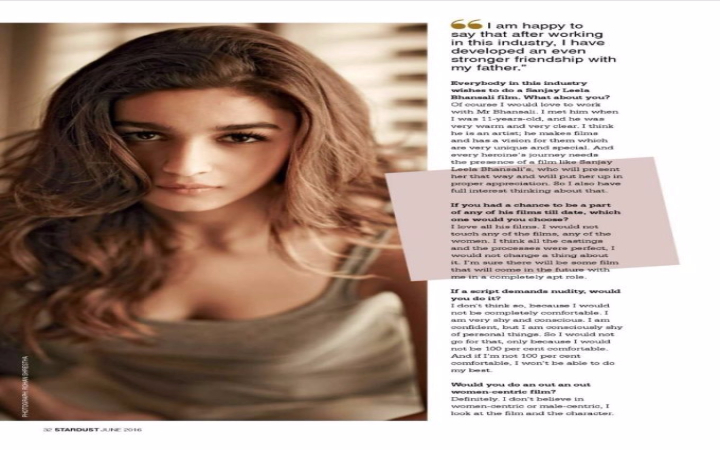 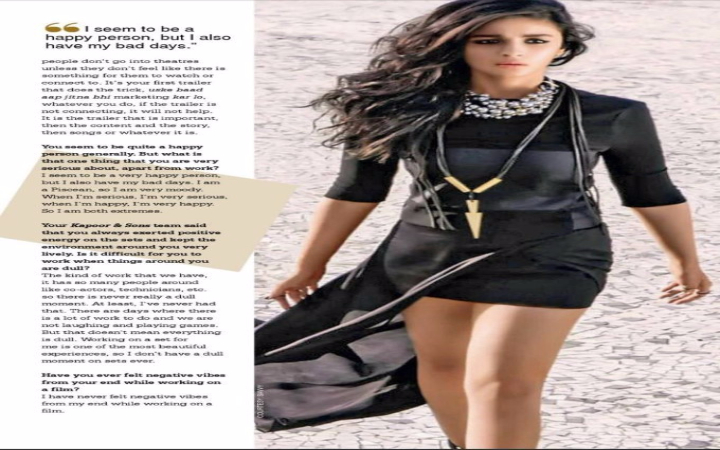 Fall In Love With The Romantic Track from Sultan ‘Jag Ghoomeya’