This entire incident started in the middle of the luxury budget task ‘call center’, when Ali Quli Mirza called Gautam and started blaming him, amusingly.

Ali Observes Gautam Gulati’s Mole and Wants to Smooch Him?

Throughout the call, BB8’s Ali mentioned the birthmark that Gautam have under his lips. To which Gautam later said that none of the girl noticed his birthmark but only Ali was the person to notice. 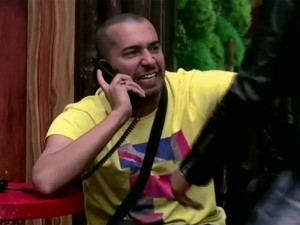 After this, when Ali and Gautam were doing chit-chatting in the garden area, Ali started irritating Gautam and told him that if he would ever use the term “mouth to mouth” he will directly smooch him. Ali feels that Gautam is getting annoyed on the point and thus he starts irking Gautam Gulati. 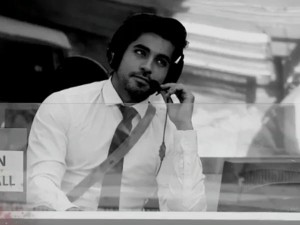 Ali Challenges Gautam: To Smooch Him Secretly Within 24 Hr

Apart from all this hassi-mazaak Ali also said that the he would like to kiss the mole on Gautam’s lips. To heed these comment Sambhavna Seth, Mahek Chahal, Rahul Mahajan and Dimpy Ganguly all started laughing and teasing Gautam. 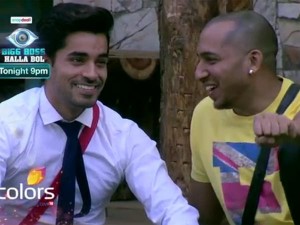