Baby star Akshay Kumar has Singh Is Bliing lined up, as his next upcoming project. The actor who was even seen busy shooting ‘Airlift’ has now moved ahead and commenced the shoot of his Singh Is Bliing movie in Patiala.

The movie has gone on floor in high spirits on 03 April, which coincidently happens to be the birthday of director Prabhu Deva. Singh Is Bliing features Akki in a Sikh avatar wearing a turban likewise his ‘Singh is King’ movie.

A Real Crystal Studded Clap Board for Singh Is Bliing 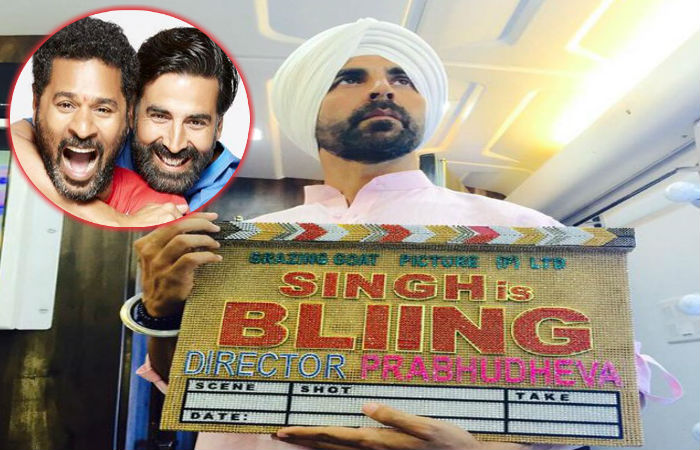 The film’s cast has gone a step ahead and designed a clapped board studded with real crystals for the film. Akshay Kumar was seen flaunting the clapped board in a pic donning a white kurta and turban. After taking blessings in a Gurudwara in Patiala, the team commenced the shoot of the film.

you may also like: Akshay Kumar’s Singh Is Bling to Commence Shoot this Week!