The most awaited movie is all set to rock the theaters today.

While the audience in India still has some time to give their reviews about the movie.

But here are some cine buffs from abroad have seen the movie and shared their views from around the world.

‘Rustom’ the film directed Tinu Suresh Desai; Fans really appreciated his work as the story is based on the real incident of real life incident of naval officer KM Nanavati.

It's really  a very good  and a must watch movie.

Let’s take a look what views the movie scored 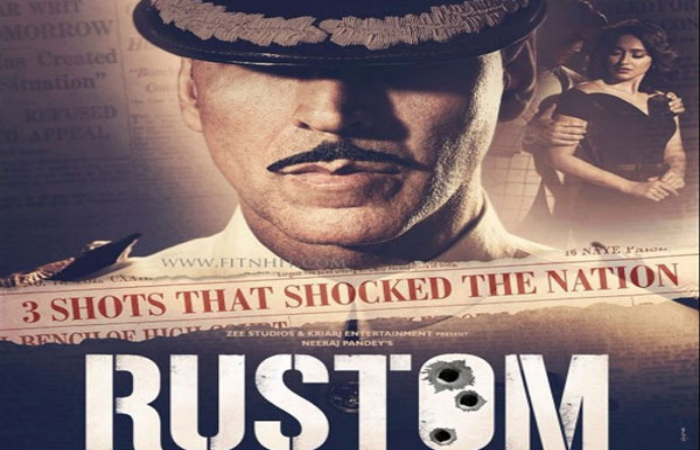 From the source, we came to know that the viewers loved the movie and appreciated Akshay for playing the character of an honest officer. They really love Akshay Kumar in his role as KM Nanavati. It was for the first time when Akshay Kumar played a role of a Navy officer and impressed the officer. After special26, Baby, Holiday once again Akshay showed his brilliant performance.

The wife of Akshay, Ileana D’Cruz justified her performance in the movie opposite to Akshay Kumar. There were many supporting actors as Esha Gupta, Usha Nadkarni, Arjan Bajwa, Sachin Khedekar, Kumud Mishra and Pawan Malhotra also performed well in the movie.

Talking about the promotion of the movie. How can we forget, the special promotion by stars remember, Alia Bhat, Ranveer Singh, and Salman Khan? They promoted much better than Akshay Kumar and Ileana D’Cruz.

The movie is all set to release on Thursday in Abroad and today on Friday 12 August 2016 in India.

Here Is Some Live Review Update by Audience from Twitter

Akshay Kumar film is not a bad essence but a little more convictions and narrations can make it score more starts. Let’s see what more the movie will score as ‘Rustom’ releases along with Hrithik Roshan and Pooja Hegde’s ‘MohenjoDaro’ this week.

Till then stay tuned with Nyoozflix.com for more update regarding more updates from the Bollywood Town.

Reaction Given By Sonakshi Sinha on her Engagement