The exclusive first poster of the Akshay Kumar starrer Gabbar Is Back is unveiled by the makers of the movie. The actor currently shares this poster with the fans, on his personal twitter account.

Gabbar Is Back poster features a gravestone with ‘RIP Corruption, 1-5-2015’ written on it along with an Akshay Kumar’s poster. The upcoming Bollywood movie is directed by Radhakrishna Jagarlamudi and is slated to release on 1st May 2015. 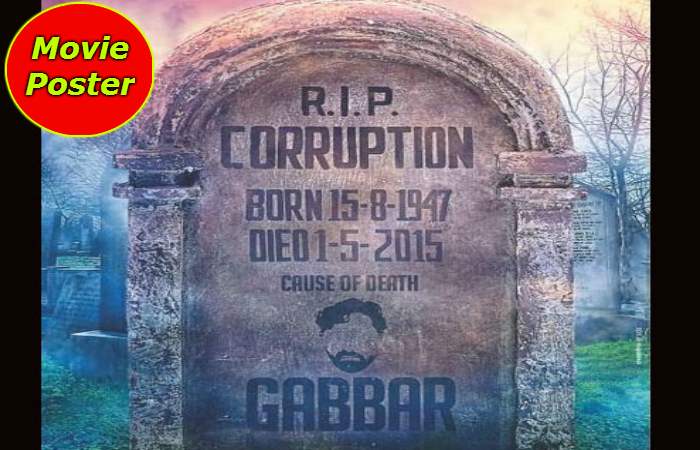 You may also like: Gabbar Is Back Teaser: Vigilante Asking You to Join Forces!

Get more updates about Akshay Kumar’s upcoming movie 'Gabbar Is back' from Bollywood news.