Recently, the cute daughter of Twinkle Khanna and Akshay Kumar was snapped in Mumbai at their house. Although the actors are always tried to protect his children from the media but the photographers managed to take pictures of the Akshay Kumar Daughter Nitara.

Khiladi Kumar always takes time out in his busy calendar to spend some time with his amazing family and children (Aarav and Nitara). Akshay Kumar Daughter was snapped on the balcony at their house with her nanny.

This recent picture unveils that the 2 year old Akshay Kumar and Twinkle Khanna’s daughter Nitara is as charismatic as her renowned parents. 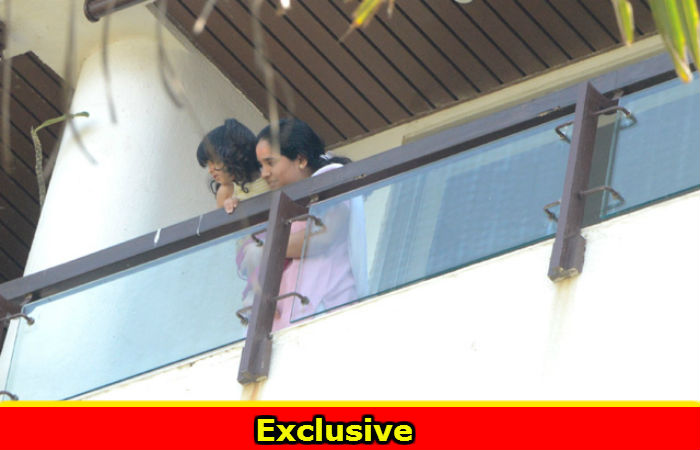 This year the super star Akshay Kumar is featuring in three movies – Brothers, Singh is Bling and Gabbar is Back. Presently the actor is busy is shooting for the movie ‘Airlift’ which is schedule to release next year 2016.

Akshay Kumar Makes Certain to Take Out Time for his Kids

The Dharma Productions has recently released the official first look of the Akshay Kumar starrer upcoming movie ‘Brothers’. The much awaited movie is the official remake of Hollywood movie Warriors, which is based on the complex story of a Father and his 2 sons.

Apart from Akshay Kumar the movie also features the ace actor Jackie Shroff and the young talent of Bollywood Sidharth Malhotra in the main roles. Apart from his busy schedule Akshay takes out some time to spend with his son Aarav and daughter Nitara.

Get more updates about Akshay Kumar from Bollywood news.

Wow! Kajol to Star in Rohit Shetty’s Next Opposite Shahrukh Khan