The first look of Bollywood Director Prakash Jha’s film, ‘Gangaajal 2’ is finally unveiled!! The movie is a sequel of Gangaajal which featured Ajay Devgn as a cop. Gangaajal 2 is even the anecdote of a cop and his thrash with the system, but this time the cop is female instead of a male.

Prakash Jha and Ajay Devgn the duo has previously worked together many times in Boillywood movies like Gangaajal, Raajneeti, Dil Kya Kare, and Satyagraha. This time for ‘Gangaajal 2’, the duo has decided to bring out a female protagonist for portraying the strong character of female cop.

You may also like: Ajay Devgan Strikes a Pose with Three Hotties in Action Jackson

Ajay Devgn at the time of announcement of the film articulated that the sequel is based on the character of a female cop and her confronting with the system. 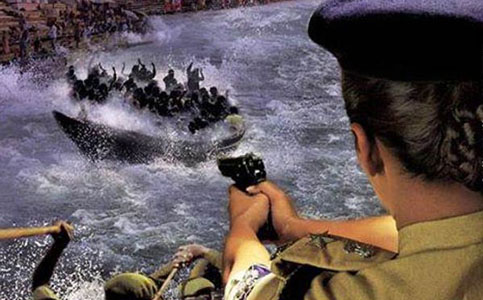 Well the first poster of the movie also depicts a women cop, but the name of the actress who is to play the role is yet to be revealed…

Would Sandhya Succeed in Her Grapple to Save Suraj?