Remake of Malayalam hit movie ‘Drishyam’ marks the second directorial venture of Bollywood’s Singham, Ajay Devgan. The film has been delaying and postponing since a while however finally the releasing date of the film has been locked. The film which was initially slated to release on 2016 would now be hit the theaters on 26 January 2017!

Being the directorial flick of Ajay Devgn himself, the movie has been delayed to pull forth another remake ‘Drishyam’. This year in January Ajay was supposed to commence the shooting of his much anticipated film ‘Shivaay’ however reports came out that its Drishyam that would come out this year on July 31. It has been a long time since when Ajay Devgan Upcoming Movie that also falls to be his directorial project is postponing owing some unforeseen circumstances.

Earlier the actor even went to Canada for the shoot of the same project however, unpredicted snowfall ruined all his plans. Well it seems that Ajay is now himself making way for Drishyam, seeing the hitches coming along the path of Shivaay. Now the film would commence by the end of 2016. There are many interesting facts about the films that soon dragged it to headlines prior Ajay’s announcement. The remake was even proclaimed to be the most expensive one ever made in Bollywood and it would even mark the debut of Saira Banu and Dilip Kumar’s grand niece Sayesha Saigal.

Lately Taran Adarsh, the trade expert took it to twitter sharing the final release date of Shivaay. Apparently, Ajay Devgan is reinforcing his role in the film for now and we are even hoping something amazing to be served in plate after all the headlines, rumors and time spend on the film.

Meanwhile, Bollywood’s Singham doesn’t seem having a good luck these days, as his last release Action Jackson turned out to be a big dud and now with two of the impending remakes he are hoping that Ajay would soon grab back his position! 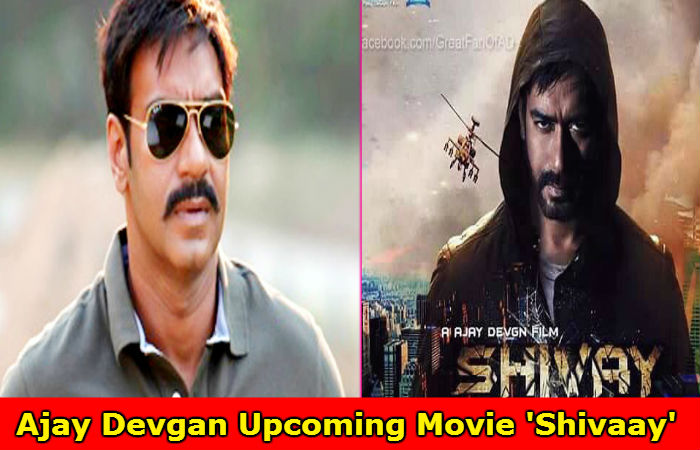 Directed by Nishikant Kamat, Ajay’s next ‘Drishyam’ is the remake of a Malayalam iconic blockbuster of Kamal Hassan and Mohanlal and would feature Shriya Saran in the lead role. The filmmakers have loads of expectations by the film and fancy it to set a new record in Bollywood for 2015. We have also heard that ‘Action Jackson’ of B-town is also losing some weight and muscles for the film.

Together with Nishikant Kamat’s Drishyam and his directorial project ‘Shivaay’, Ajay has also lined up Milan Luthria’s Baadshaho. The shooting of Baadshaho would commence somewhere at the start of 2016. Drishyam is interestingly also made in Telugu and Kannada and both proved out to be big commercial successes. Now, let’s see what Ajay Devgan’s Drishyam have to offer the Bollywood junkies?

Meanwhile, wife Kajol is all set to make her come back with Ajay friend Rohit Shetty’s Dilwale opposing Shahrukh Khan. Let’s see how much would the departure of 2015 proves lucky for the couple, well we remember Ajay and Kajol coming together for U Me Aur Hum and Toonpur Ka Superhero, and both turned out to be a huge duds. However, this time the two would hit the screen with their individual flicks opposing other actors, thankfully! LOL