Shraddha Kapoor and Varun Dhawan’s most awaited Boollywood movie ‘ABCD 2’ is going to release on June 19, 2015. These days both co- actors of the movie are busy in doing promotion for the film. The movie is directed by Remo D'Souza and its story is based on passionate dancers and their struggle against plotting contenders.

Last Week Shraddha and Varun Dhawan were seen on DID Super Moms 2 platform, where they had performed the dance on ‘Bezubaan Phir Se Song’ from ‘ABCD 2 Movie’. Recently this dancing couple was spotted at a suburban studio in Mumbai on 12 May, where they had recorded the song for the movie. 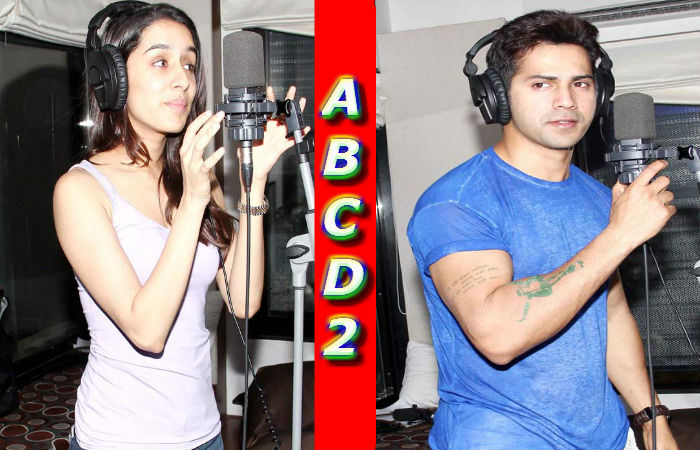 As per the close source Shraddha is crooning her voice for the second time, to record an unplugged version of song ‘Bezubaan Phir Se’ from ABCD 2 movie. The lyrics for the song were added by Mayur Puri, music for the same is given by Sachin-Jigar and vocals has been given by Madhav Krishna, Vishal Dadlani and Anushka Manchanda.

However, earlier this cute actress has earned positive feedback for song ‘Galliyan’ by ‘Ek Villain’ Movie. Still, it’s not clear that Shaddha’s song will be the soft song or  it would be the hit number. Surely, we can say to Shraddha’s fans, they have to wait so long for this track.