Year 2016 featuring two big Khans’s playing wrestling. Aamir Khan in his upcoming film Dangal and Super Star Salman Kahn as Sultan which is going to release this Eid.
You must be thinking that why two big star’s are doing same theme movie.

But Bollywood 51 year super star Aamir Khan said that ‘Dangal’ will be a totally different film compared to Sultan. Aamir also surprised his fans by talking about the muscular look as wrestler for ‘Dangal’.

Why Aamir Khan’s Dangal is beyond Sport? Read Statements 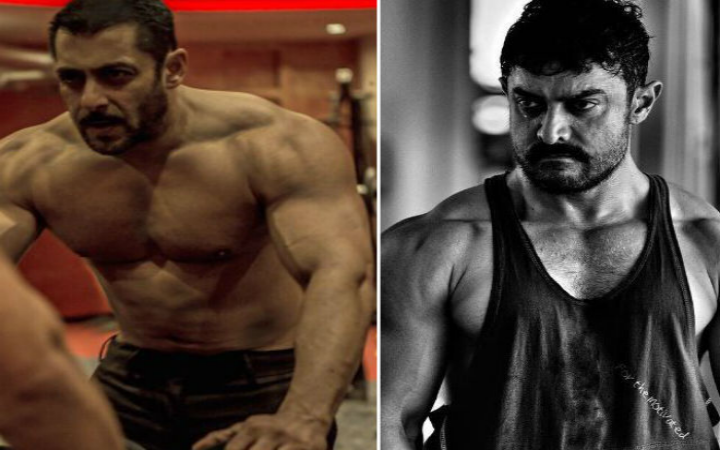 ‘Sultan’ the story revolves around an underdog wrestler, how a champion wrestler bites the dust as Back stronger. Aamir Khan's ‘Dangal’ is about a wrestler Mahavir Singh Phogat who lives his dream and represents his country through his daughter's victories. The movie is very emotional and is directed Nitesh Tiwari.

"If someone has been involved in the bodybuilding in our industry, it is Salman. I am a fan of his body and his fitness. I don't think my body is as good as Salman's. I try to come close to him. He is the original bodybuilder of the industry,"

"I am really excited to watch Sultan because every film of Salman is entertaining to watch. We enjoy his films a lot. Despite wrestling being a common aspect in our films, the story of our films is different. I loved the teaser and promo of the film and also the song, which has been coincidentally shot in Punjab,"

Further sharing details about Dangal, Aamir said: "The film goes beyond wrestling. Wrestling is an important aspect of the film but the script penned by Nitesh Tiwari (director and writer of Dangal) goes beyond it.

"The film is filled with emotions. It is socially relevant and entertaining at the same time. We assume such stories to be very grim but you would be surprised to know that when I was listening to the script, I was laughing as much as I was crying,"