Bollywood Mr. Perfectionist, Aamir Khan is coming with his next release ‘Dangal’

The actor is a Jabardast performer and is on the wishlist of many people in B-Town for working with him. Aamir Khan is the actor who has lived various characters on screen and now from the source we came to know that he will be seen as chef. 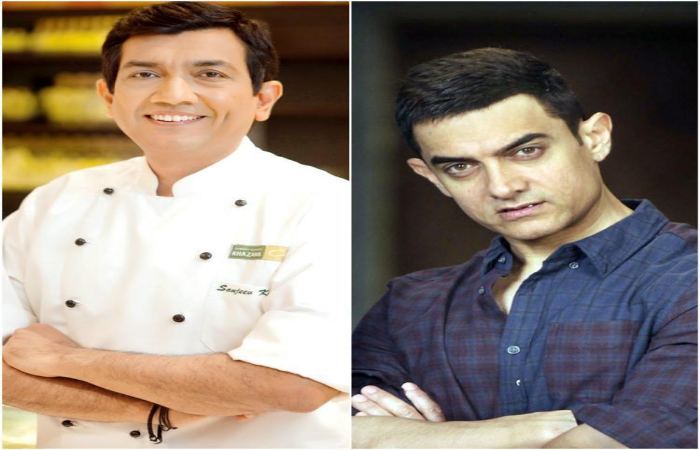 Yes! The actor is performing the character of the famous Chef ‘Sanjeev Kapoor’.

In an interview when asked Sanjeev Kapoor said: "A biopic on me is in talks. However, I feel I need to work more. I still have to achieve many things in life."

Who would best portray him on the big screen?

"There are so many good actors in Bollywood and anyone can portray my character. However, I wish my good friend and a very good actor Aamir Khan to play my character in the biopic," said Sanjeev Kapoor.

Aamir Khan’s upcoming next release ‘Dangal’ is also a biopic based on the life of wrestling Coach Mahavir Singh Phogat, Aamir will play the character of Mahavir – who trained his daughters Geeta Phogat and Babita Kumari in wrestling.

Arjun Kapoor was emotionally touched by Half Girlfriend