Bollywood’s Mr. Perfectionist ‘Aamir Khan’ the actor of multi blockbuster movie 'PK', which brook all the box office collection records, is ready yet again ready to break all his records with his upcoming movie 'Dangal'.

After playing an alien’s role in ‘PK’ movie, Aamir Khan is all set to play another quirky role of the  father of two wrestler girls in forthcoming flick 'Dangal'. The movie is a biopic on famous wrestler Mahavir Phogat.

You may also like: Woo! Aamir to Play Father of Two ‘Wrestler’ Daughters in ‘Dangal’ 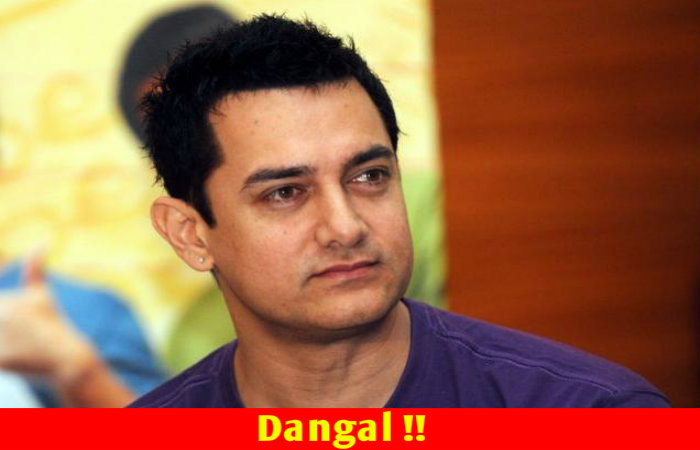 The makers of the movie have finally revealed exclusive look of Aamir Khan (playing the role of a wrestler). Director Nitesh Tiwari’s ‘Dangal’ will have two Indian wrestlers’ girls Geeta and Babita Kumari Phogat, as Aamir’s daughters.

Aamir’s latest avatar from "Dangal" movie along with his wife Kiran Rao is completely extraordinary and he looks buff in the film. Apart from this, to make the movie super hit Aamir is supposedly working very hard and spending lots of time in gym to dig up extra packs of abdomen muscles and bigger biceps.

This movie is set to go on the floors in the second half of 2015.

Get more about Aamir Khan’s Dangal movie from Bollywood News.