The much awaited award ceremony - Boroplus Gold Awards 2016 was held yesterday. It is an annual awards show that shed light on the best performer in Indian television industry. It is the 9th award function.
The royals of Indian Tv serials showered the glamorous glory. It was very much fascinated night for the fans of Yeh Hai Mohobbatein and Naagin.

Yes guys the stars of these two shows swept all the awards in major categories. Mouni Roy (Shagun) graced red carpet in Rocky S outfit. The Tv star enjoyed the glamorous night with the performances by Sidhant Gupta and Jasmine Bhasin on Pashmina from Fitoor. And the Janam Janam romantic track by Sharad Malhotra and Kratika Sengar

Divyanka Tripathi the most loved Tv actress gave a special act with Karan Patel. It was indeed a memorable and glamorous night. 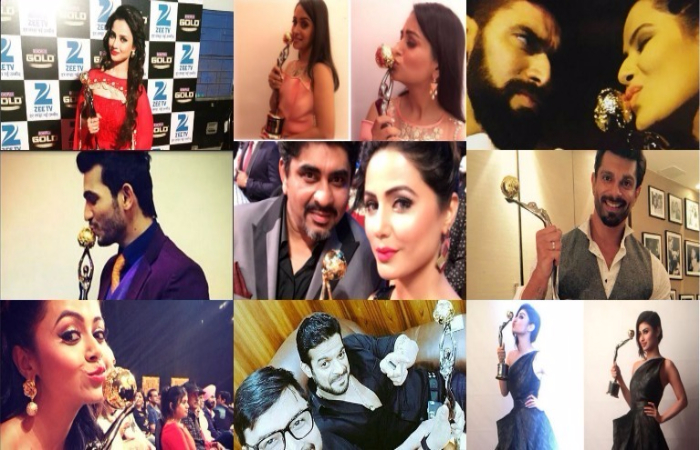 Oops! What John Abraham is Doing To Jacqueline In Public?

Salman Khan Spotted Coming Out of a Recording Studio!