The list of the much-awaited films of this year is fully jam-packed with a number of films featuring outstanding stars.

But Aamir Khan’s upcoming movie Dangal is truly out of the box in the script.

The first look of the movie has already excited the fans much for the release, but there are number of reasons to wait for…

Scroll Down for the Reasons Why Dangal is a Must Watch 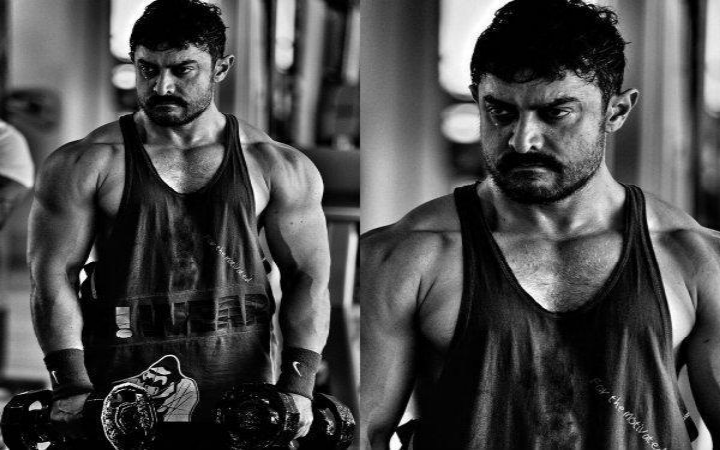 Aamir Khan has left no stone unturned for his wrestling role. He has been undergone for one-year training under one of the most wrestling coaches Kripa Shankar Patel.

Aamir Khan has lost 13 Kilos just in 6 months. It would be amazing to see Aamir’s physique in Dangal. However, he manages very easily the addition and subtraction of weights. Watch Aamir in 3 idiots and now in Dangal……(you can think)

4 The Story of the Script

Although we know Aamir’s selection of movies are just awesome, this time also he is coming up with some extraordinary story based on the real life of famous wrestler Mahavir Singh and the struggle of her two daughters.

It would be exciting to watch Aparshakti Khurrana (Ayushmann Khurrana’s younger brother) to see on big screen. It has been reported that Aparshakti will portray the role of a Haryanvi.

2 The Story Of 2 Daughters - Dangal

The story of the 2 daughters has been portrayed by SanyaMalhotra and Fatima Shaikh. Very few are aware that Sanya has already worked in the film Chachi 420. Fatima Shaikh is making her Bollywood debut with Dangal.

Parvati aka SakshiTanwar who was once the favorite and the leading actress of the crowd has been chosen to make the Bollywood debut by Dangal. A number of actresses auditioned for this role but surprisingly Sakshi bagged it.

Kareena & Karisma Partying Together with KJohar